A unique native mudfish that’s struggling to survive in its shrinking Hikurangi wetland habitat has found some unlikely but passionate allies.

Students in an all-girls digital classroom at Hikurangi School have harnessed their e-learning tools to set up an online petition calling for the government to protect the native black mudfish and their remaining habitats outside of DoC reserves.

Teacher Helen Moore says the class of Year 7 and 8s discovered the plight of the black mudfish or waikaka “in our own backyard” while learning about native freshwater fish earlier this year.

“This petition is the culmination of our year’s work. The girls have researched and spoken to experts and, in doing so, have found out more about the taonga which is the mudfish and so important to their iwi in the past,” she says.

In the petition’s accompanying video, the students say the black mudfish “is so unique and amazing because it can survive out of water sometimes for several months.”

They explain how the Hikurangi Swamp used to be the largest area of wetland in the Southern Hemisphere before it was drained, and now New Zealand wetlands are the most endangered in the world.

“It’s a wonder we have any native freshwater fish left.”

Moore says the girls are “determined to make a difference” and are hoping to get at least 500 signatures in support.

They plan to visit Wellington next month [November] to deliver their petition to environment minister Eugenie Sage.

Students used online video recording and sharing tool Flipgrid to build confidence in their oral speaking in preparation for their presentation to parliament. 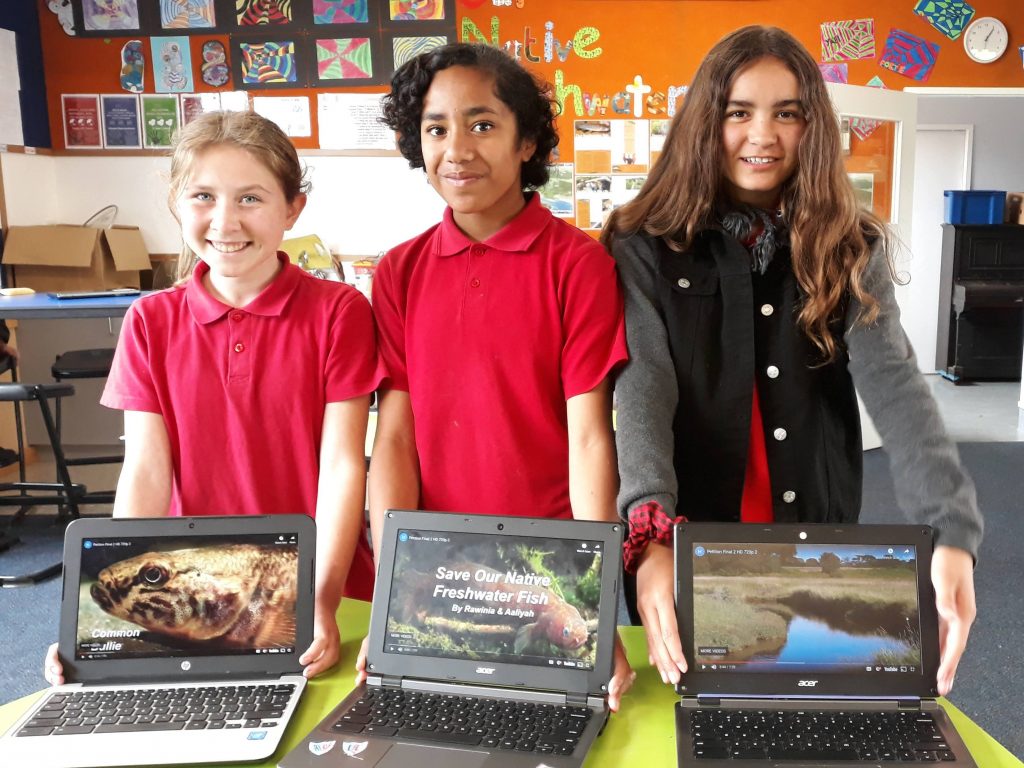 Moore says Flipgrid takes away the anxiety that comes with public speaking by allowing the students to practice speaking formally and publicly in front of their Chromebooks.

Hikurangi School is one of eight schools participating in our successful Digital Immersion Programme. The programme is proven to raise student achievement levels through the provision of professional development support for teachers and access to affordable Chromebooks.

Taitokerau Education Trust Executive Officer Liz Cassidy-Nelson says the petition is what the programme is all about.

Kate is the kaiako for a Year 0 class at Manaia View School who achieved her Level 1 Google Educator certification during lockdown. She tells us how she adapted her teaching to keep her young students … END_OF_DOCUMENT_TOKEN_TO_BE_REPLACED